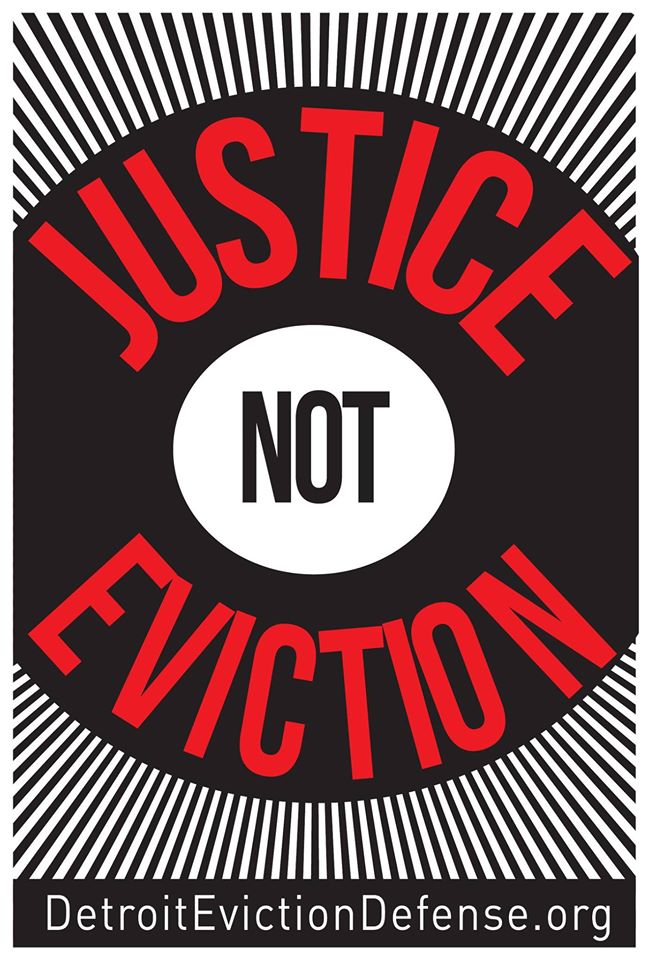 Detroit Eviction Defense is a coalition of homeowners, union members, faith-based activists, community advocates, and allied groups united in the struggle against foreclosure and eviction. We believe that affordable housing is a human right, the foundation of a viable community.

In Metro Detroit, wounded by the multiple disasters of mass unemployment, predatory lending, and blight, we call for a halt to all foreclosures of occupied homes and for principal reduction to help hard-pressed homeowners

It’s never too late to organize in defense of your home and your neighborhood, but no one should fight this fight alone. We support alternative legal strategies and non-profit finance to resist foreclosure, and we help defend families against eviction with direct and peaceful protest against banks and government agencies.

Brightmoor Residents are not shy, they wanna know