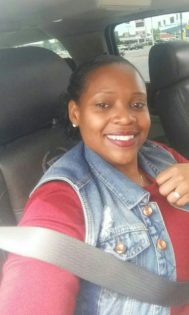 Another Black Woman in Detroit fought to keep her home – and won!

HUD oversees Freddie Mac, who bought Tonya’s house for $300. Freddie Mac was trying to evict Tonya, but Detroit Eviction Defense joined with her to say she is here to stay. We organized a rally in front of the HUD offices at the Federal Building.

Tonya was eventually able to reach a settlement with Freddie Mac and JP Morgan Chase Bank. The eviction case was dismissed and she now owns her home free and clear of any mortgage.

The background: Tonya Pace bought her home from her Grandmother in 2003 to keep it in the family. Tonya had been working with Chase Bank on a modification. The bank was wasting Tonya’s time and gave her the run around, doing the well known “bank paper shuffle” for 9 months. Without notice, they sold the house out from under her to Freddie Mac for $300 in October of 2015 and didn’t mention it to her for more than 4 months while they continued to negotiate with her.