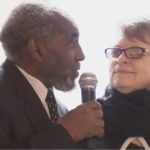 Kenny Brinkley and Sandi Combs lost their home on Taylor Street after a long and difficult fight. It was particularly bitter because it had been in Kenny’s family since he was a young man. His aunt bought it in 1951, and was one of the first African Americans to move in the neighborhood. Kenny took over his aunt’s house in 1973.

Kenny started playing the saxophone in high school. While in the army–which was still segregated when he was shipped to Germany–he hooked up with other jazz musicians and played all over Germany. When he returned to Detroit, Kenny got a job playing in the 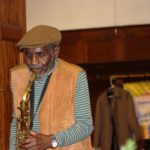 But by the time the economic crisis hit, Kenny had a number of medical problems. When Sandi lost her job, they got behind on their property taxes and the house was sold in a tax auction. However they arranged to pay rent and repurchase their house. But the company didn’t pay the taxes and the home was resold in the 2014 tax auction. A tax scavenger from California bought it and wanted them out. 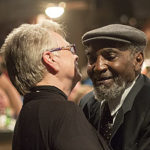 With the support of DED, Kenny and Sandi were able to make reasonable offers to to buy back their home so they could remain. Their friend RJ Spangler organized a musical fundraiser and despite how frail he was, Kenny played a song and danced with Sandi. 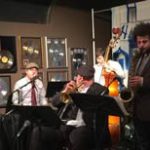 Sussex Immobilizer and their local agents had no interest in working with Kenny and Sandi, calling them and DED a bunch of “terrorists.” While Kenny and Sandi were still in the home, Sussex sent out a gang to cut down trees at the home. These were trees Kenny’s aunt had planted more than half a century before.

The stress was too great: Sandi had a heart attack, from which she has recovered. but Kenny’s health continued to decline. They had to move.

Sandi, who is an artist, continues to be active with Detroit Eviction Defense.

Brightmoor Residents are not shy, they wanna know